Welcome to the REX developer's site

Welcome to our new landing page for the REX developer community. We at Robotic Eyes are passionate to develop software which helps to solve real-world problems. When we started our venture three years ago, we identified Augmented Reality as one of the driving technologies for the upcoming years. At that time the Microsoft HoloLens was released, and we have been one of the first companies in Austria working with this revolutionary device.

We've been visiting the INTERGEO trade show 2016 and had our new HoloLens in our pocket. At that time, almost nobody had an idea about the HoloLens, and people got attracted by the new technology.

The feedback from INTERGEO motivated us to develop a first demonstrator which would be able to display textured 3D mesh models using the HoloLens. In addition, we already booked a booth for the upcoming trade show BIMWORLD.

In order to build a demonstrator for the upcoming trade show, the idea of a first hackathon was born. The location was the first floor of my house, and food/drinks have been provided. We planned the first hackathon for 24h.

The time for developing a first prototype was pretty short. However, we established a working prototype using Unity as mobile game engine which could be compiled for the HoloLens. 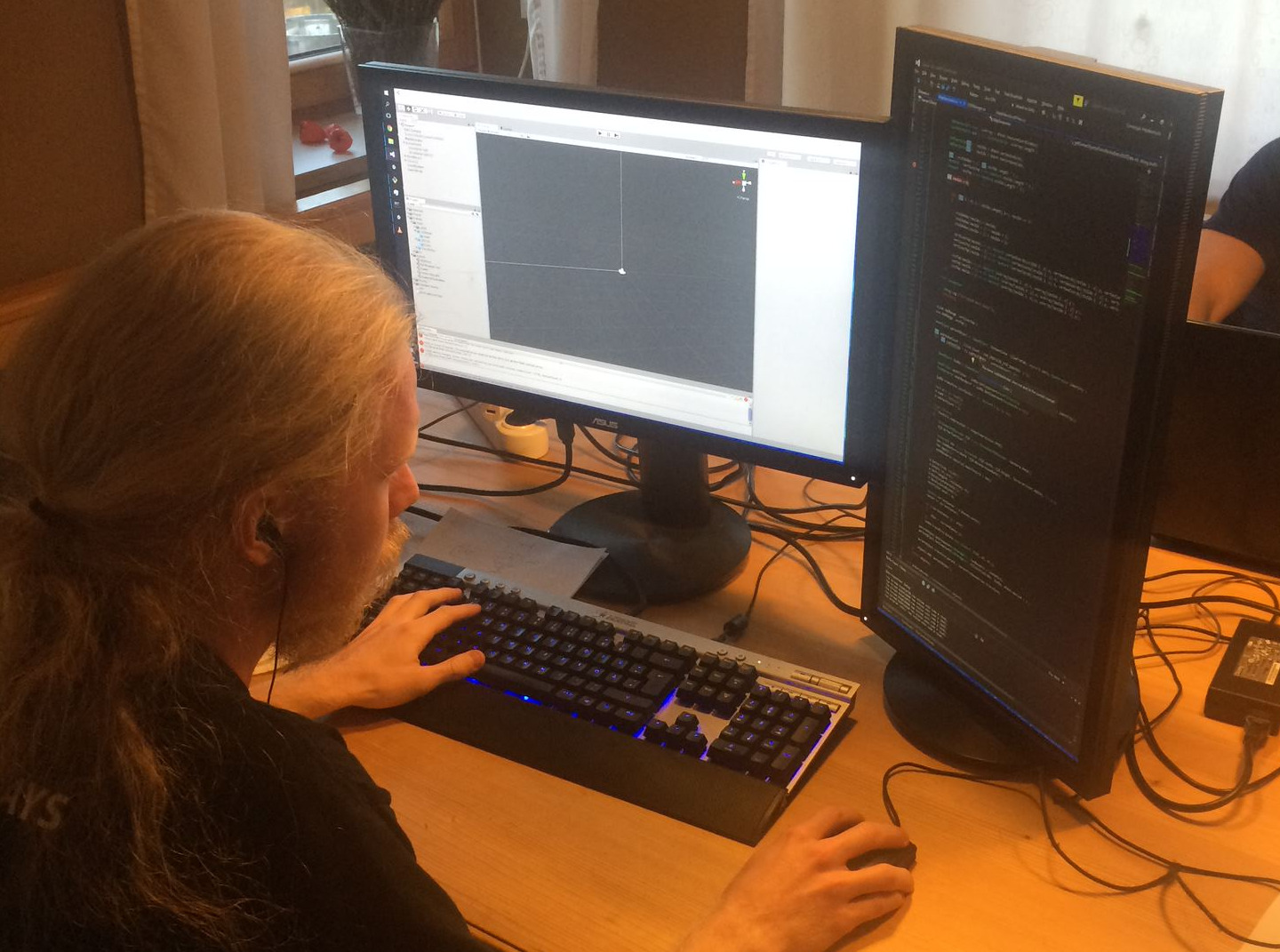 This is a picture of Christoph who brought his desktop PC and worked in our dining room. In order to stay focused, music was ubiquitous. At that time, we decided to start with Unity as our 3D engine. For the back-end we started to build a small Java back-end hosting the data.

In 2016, BIMWORLD Munich was introduced and we organized a small booth. We only had two roll-ups, some business cards, and two HoloLenses. The demo worked as expected, and the feedback was amazing. We had two days of non-stop demos and valuable discussions with visitors. The picture below shows Wolfgang (CEO) busy with finalising the booth.

After BIMWORLD, it was clear to us that the AEC (architecture, engineering, and construction) market requires new technologies to get up to speed in the digital transformation. That was the beginning of our technology REX, Robotic Eyes X (inspired by the X window system).